Thanks to A.J. Wachtel for the above quote and great review of “Live From Somewhere” in the January 2018 issue of  Blues Music Magazine! 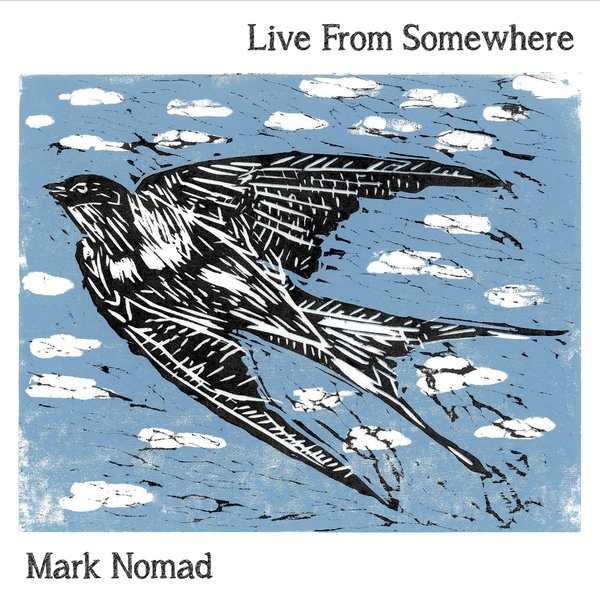 “May The Blues Be With U”

The complete review of “Live From Somewhere” in the December issue of Boston’s The Noise:

This is an eclectic mix of blues styles, performed live, in which Nomad runs the gamut of city and country blues covers, and even a Jagger-Richards song, plus no less than three Robert Johnson numbers. In addition to a steady and skillful hand on guitar, Nomad is also one hell of a harmonica player, squeezing out those high notes like a pro. It all mostly works; recasting the Rolling Stones warhorse “The Last Time” as a moaning Delta Blues showcase with a beautiful finger-picked instrumental break is a daring strategy. His approach to most of the other blues classics seldom deviates too far from the feel of the originals. His rendition of Jimmy Reed’s “Honest I Do” is somewhat plodding; his takes on Muddy Waters’ “I Can’t be Satisfied” and Willie Dixon’s “The Little Red Rooster” are eminently satisfactory. His cover of Mississippi Fred McDowell’s chilling “Write Me a Few Lines” is magnificent, with a great deal of the relentless feel of the original, and some truly excellent National Steel guitar work. The B.B. King cover of “Watch Yourself” is nimble – almost snazzy – and Nomad replicates the tidy walking bass line here. He also performs an astonishingly lively rendition of John Lee Hooker’s “Dimples” (which is of course where ZZ Top got most of their shtick). Of the three Robert Johnson covers, “Walkin’ Blues” is the most successful, replicating the near-staccato guitar of the original and coming somewhat close to Johnson’s primal howl. “Rambling on My Mind” rounds out the rough edges of the original and adds a liquescent harp solo. “Come On In My Kitchen” is adequate but comes across as a pale reflection of the original. But to even attempt to cover Johnson’s magisterial songs says a great deal about Nomad’s skill as an interpreter; after all, it would be a travesty to merely parrot Johnson’s tortured yowl; it simply can’t be done. I’ll be coming back to this record; notably, to “Dimples” and “Write Me a Few Lines.” Recommended. (Francis DiMenno)